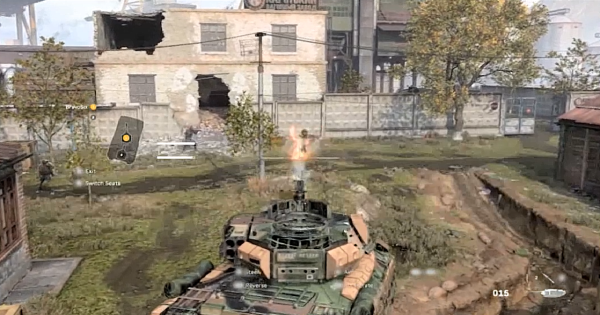 Read this guide to learn about the IAV Killstreak in Call of Duty: Modern Warfare 2019 & Warzone! Find out how and when to use the Killstreak, gameplay tips, & more!!!

The Infantry Assault Vehicle or IAV is a deployable armored vehicle that you will be able to call down. It can transport multiple players, and has two options regarding firepower: a powerful cannon, and a fast firing machine gun!

The IAV is able to transport two players. Each player will have a designated role. The driver controls movement of the tank and the cannon, while the gunner controls the .50 cal machine gun on top of the vehicle.

Has a Cannon & Machine Gun

The IAV has two different options for firepower. It has a cannon which fires explosive rounds, but has a low fire rate. On the other hand, there is also a .50 cal machine gun which has a high rate of fire.

Takes Some Time to Get In

Unlike most games, getting into an IAV is not instantaneous - A player will need to capture it by interacting it for a while. This means that an empty IAV can be hijacked if someone got to the IAV before the user, so always drop it near you when calling it in.

Watch Out For Proximity Mines

Proximity Mines are deployable traps that explode when it is stepped on or run over. These deal extra damage to vehicles so be careful and watch out for mines in possible chokepoints while driving the IAV!

Machine Gunner Can Be Killed

Use Cannon To Kill Enemies In Buildings

If you notice that some enemies are clumped together inside a building, you can use the cannon to clear out those enemies. Since the cannon deals explosive damage, you may be able to earn multi-kills!

The Kill Chain Perk lets your killstreak kill be counted for activating killstreaks. As IAVs are notoriously powerful, pair it with the perk to earn even more killstreaks.

Check out All Perk Guide here!