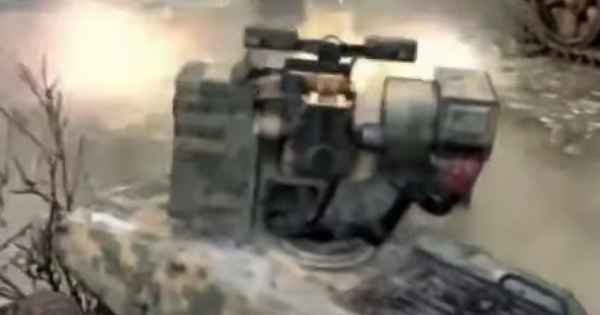 Read this guide to learn about Wheelson Killstreak in Call of Duty: Modern Warfare 2019 & Warzone! Find out how and when to use the Killstreak, gameplay tips, unlock levels & more!!!

The Wheelson is an offensive Killstreak that deploys a small remote-controlled UGV that can one-shot enemy infantry with its grenade turret. It's nimble and small enough to fit into rooms and can be difficult to target and destroy.

Replacement For IAV On Certain Maps

The Infantry Assault Vehicle (IAV) will be replaced by a Wheelson on certain maps. Do not be surprised when a UGV appears just as you're expecting something heavier.

When activated, you drive the Wheelson around to deliver ordinance with its powerful Grenade Launcher. In close quarters, it can be near impossible to stop. You can also use the Wheelson to drive over to kill enemies.

Has A Time Limit

Wheelson has a separate health and fuel bar. The fuel bar will go down with time, meaning that Wheelson has a maximum operational time limit. Send it out proudly on a one way trip!

Superb At Clearing Out Strongholds

Wheelson excels at clearing out buildings that would often require many casualties. Its nimble movement can go up and down stairs making it hard to hit, while devastating infantry with its grenade launchers. Send it in for tough strongholds.

The Kill Chain Perk lets your killstreak kill be counted for activating killstreaks. Wheelson can rack up many kills in its duration time, so swap your loadouts to include the perk before activating Wheelson.

Deploy At A Safe Place

Wheelson requires the user to deploy and operate it. Find a safe place before deploying Wheelson so as to not find yourself behind enemy lines when the ride is over.