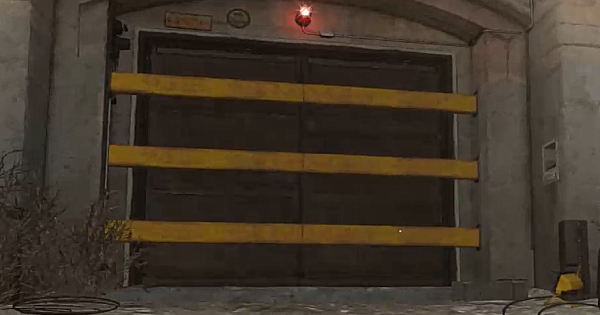 Click on the bunker for the full location map!!!

The PawnTakesPawn Bunker Code can be seen by playing the tapes on pawntakespawn.com. The player will be shown the code to different secret vaults in the Warzone map.

The pawntakespawn.com gets updated regularly, showcasing new clues as to the topics and themes of the new COD. It is best to check it out regularly to find the latest secrets and easter eggs about the upcoming title.

Click on a number on the table below to jump to the Bunker's location and image!!!

Taking a short walk Northeast of the dam brings you to the face of a hill. Ascend the hill and take a look around the area to find the bunker. It will be near the toll gate along the road leading to the dam.

Another bunker can be found in the Western portion of the map. Follow the western road and keep your eyes on the left side of the path. You will find a small stone building. Entering it will lead you to the bunker.

This bunker is located near the second bunker. Head north from the lone stone building and you'll find a group of identical stone structures. Head inside each of them and inspect the sides, one of these sides will have an open hatch leading to the bunker.

4. North Of The Kart Track

Head north of the Kart Track, while keeping an eye on the left side of the road. There will be a small stone building which you can access. Inside, there will be stairs leading down to the bunker door.

Head to the Southern part of the map. Get off the road, and get yourself onto the cliffs at the border of the map. Look for a rocky path that should lead you to the bunker. You are on the right track if the game doesn't tell you to return to the combat area.

6. South Of The Park

The bunker can be found in the Southern part of the map. Head to the south side of the park until you reach the road at the border of the map. Following the road will lead you to a stone building that houses the bunker.

7. Northeast Of The Prison

The next bunker is found in the Southeast part of the map. It will be a short walk Northeast of the Prison. Walk along the moat surrounding the prison. The bunker should be found along the cliff side.

Another bunker can be found Northeast of the stadium. You will encounter a small "construction site". This site is composed of multiple small stone buildings which you can enter. One of these buildings will have stairs leading to the bunker.

The next bunker will be in the same area as Bunker 8. It will be one of the other stone buildings. Check the sides of the interiors of these buildings. One of the buildings will have an open hatch that leads to the bunker.

The bunker is found on the Northeastern part of the map. Head east of the quarry until you reach the border of the map. Follow the road until you find a blocked off tunnel with train tracks. The bunker will be above the tunnel.

A bunker can be found on the Northern side of the map. Head Northwest of the military base. Once you find a small chapel, search the rocky area near it. The bunker door will be on a rock face hidden behind a group of trees.

How To Open Bunker 11

Cannot Be Opened By Red Keycards

Unlike other bunkers, Bunker 11 cannot be opened through a red keycard. Instead, it requires the player to jump through hoops & loops following a sequence of procedure before its available for opening.

Check out How To get Red Keycard here!

Must Be Opened Through Answering Phones In Certain Areas

To gain access to Bunker 11, you must activate and answer phones in sequence. This is decided by a random Russian code-breaking game and will require you to visit multiple places on the map. Check out the link for full instructions.

Check out How To Open Bunker 11 Guide here!

What Are Warzone Bunkers (Vaults) - Season 6

Bunkers are small areas which you can access to acquire rare and power pieces of loot in warzone. These bunkers are scattered across the map, and can be found an accessed by anyone with the right tools. Bunkers came together with Season 5 and is still active in Season 6.

Like the Bunkers, players can also find several locked doors located in the Stadium. They are also opened by having a certain access code. Behind these doors are Legendary weapons that players can use to win.

Keep in mind that before you can open a bunker, you will need a red access card. These can be found by looting legendary crates, or by killing an enemy with the access card. If you have an access card, interact with the keypad next to doors to open it.

Check Out How To Find Red Access Cards Here!

Not All Bunkers Accessible At the Moment

Keep in mind that not all bunkers will be accessible to you at the moment. Look out for a green light above the bunker doors. This indicates that the bunker can be accessed.

When you open bunker 06 with the red excess card there is another door inside with a key pad. You can enter a code, does anyone know this code?

In response to Maria, to the best of my knowledge the locations labeled 8 & 9 on this website do not and have not open as of yet. A red access card or codes will not work with these locations. Further, this location is not listed as two separate bunkers on any other site that I have seen.

You forgot a bunker. This bunker requires a red access card and as of the mid season update for season 6 the keypad at the back of the bunker can now have a code input. I came here in search of this code but you were missing the entire bunker. 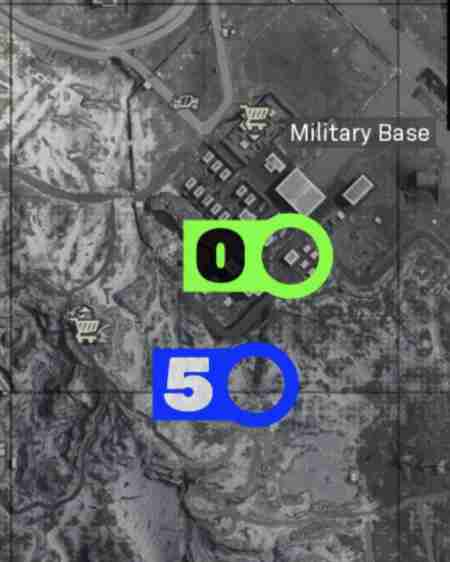 Does anybody know these?

8. Northeast Of Stadium
9. Near Bunker 8

Why the ƒuck aren't the codes for the vaults posted here? You made an entire site and forgot the most important. Unbelievable!