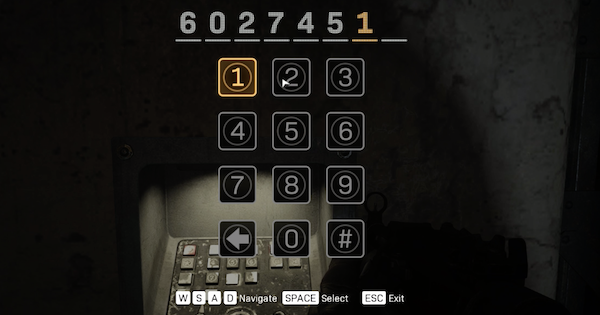 Check out this guide on the F8 Park (Nuke) Bunker Access Code in Call of Duty Modern Warfare / Warzone 2021. Get to know how to open the park bunker F8 in season 6, contents & what's inside, and location!!!

Input Code To Open The Door

There is a bunker housing a nuclear bomb just under the monument/tower found in the south of Verdansk Park. In order to access this bunker (vault), players will need to input the code 60274513 in order to open its door and get the loot inside.

This sealed bunker door is located in grid F-8 of Verdansk, at the southern tip of the map. To get there, follow the road along the coastline and enter the abandoned fortifications. Descend the stairs to find a sealed bunker door. Input the code to open it.

Other Locked Vault Door With Clues

More Clues On The Next COD

The F8 Nuke Bunker contains clues that may point out or solve the upcoming mysteries. All of these clues point to more clues, which then lead to more details about the next Call of Duty. Several easter eggs, like the "Bish You Were Here" were made to launch this clue finding event.

Check Out The Next COD Here!

F8 Bunker Is A Nuclear Silo

The F8 bunker is a nuclear silo that houses a seemingly functional missile with a nuclear warhead. Players can see the missile through a viewing window. A replica is also found lying on top of one of the desks in the main hall.

This bunker contains 7 Legendary Crates that you can open to get kitted out weapons. It can be dangerous to get to this area as players will likely dash to this place to get a significant advantage. This is especially so in Plunder as the 7 Legendary Crates can give you the necessary lead to finish the game on top.

How To Get The F8 Park Bunker Vault Code

The pawntakespawn.com gets updated regularly, showcasing new clues as to the topics and themes of the new COD. It's best to check it out regularly to find the latest secrets and easter eggs about the upcoming title.