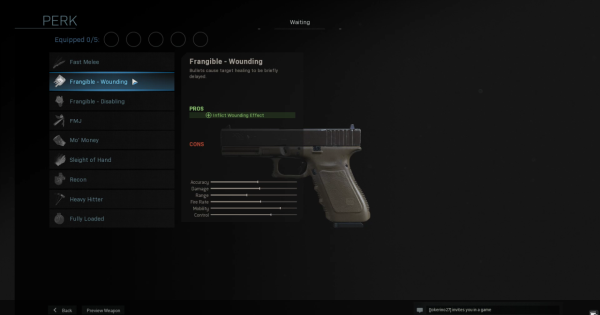 Read this Call of Duty: Modern Warfare 2020 & Warzone guide to learn more about the attachment Frangible - Wounding! Learn about this gunsmith, unlock level!

Frangible - Wounding can let you keep up the pressure & suppress better in firefights as enemies hit by your rounds won't be back in the fight for longer while. Better for smaller maps with less players.