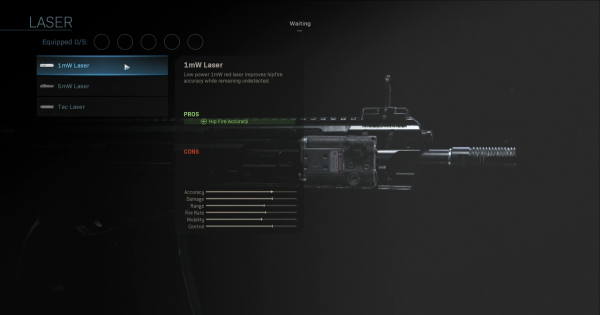 Read this Call of Duty: Modern Warfare 2020 & Warzone guide to learn more about the attachment 1mW Laser! Learn about this gunsmith, unlock level!!!

1mW Laser is the stealthier laser as it won't leave a major red dot shining around. A good choice for darker maps where lasers are more noticeable.