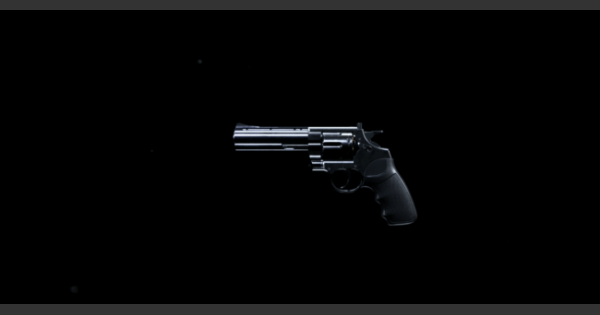 Check Out .357 Handgun in Call of Duty: Modern Warfare & COD Warzone 2021! Find info on the Warzone / Modern Warfare best loadout, attachments, how to unlock, and setup for .357.

Check Out All Handguns Here

Can Clear Rooms With Only A Sidearm

One of the biggest problems for a sniper is its self-defense weapon when not using Amped. An akimbo .357 can fight toe to toe up close with most other weapons, freeing up a perk slot so payers can pursue other aspects like stealth.

Akimbo To Down Armored Targets Faster

Due to the new Body Armor mechanics and having to fight whole teams, having the Akimbo perk and having 2 .357 with the Snake Shot will let you clear even the armored opponents rather quickly. It is also vital for dealing with enemy teammates.

This loadout emphasizes stealth as UAV & thermal optics can cause problems for snipers even more if their position is exposed. The listed perks will stop these 2 from exposing your position.

This setup allows for a burst damage close to a shotgun by only using a handgun. It is a good choice as backup weapon for players that don't wan't to use Overkill or those that is tired of long weapon swap time without using Amped.

You can choose to load Stopping Power Rounds Field Upgrade to further enhance the weapon's damage if you find them in the field. It can then more reliably down opponents even in full body armor. Chances are when you swap to the .357, you need every damage you can get so it may make sense to give.357 the upgrade.

Loadout To Bring The Fight To The Enemy

This loadout handles the dangerous breaching duty of objectives or new rooms with the impervious riot shield. Swap to your .357 as enemies target your teammates flooding the area. It can also bring the fight to the enemy by closing the distance fast while shielded allowing for a quick Throwing Knife attack.

Move Around Faster While Crouched

Riot Shield's weakness is the legs that's exposed when standing, but that gets blocked if you crouch, though you get a speed cut. With Double Time, your crouch movement speed is somewhat akin to your normal walking speed.

You'll rely heavily on your Throwing Knife & Flash Grenade a lot to get the upper hand, and its dangerous to run out of them in the field. Constantly replenish them using the Restock perk to keep the fight going.

This setup allows for a burst damage close to a shotgun by only using a handgun. As HP is lower in standard modes, we don't really need akimbo for now. Focus on improving the ADS time for .357 as the pellets will get tighter if you shoot aiming down sights.

You can choose to load Stopping Power Rounds Field Upgrade to further enhance the weapon's damage. You can reliably down opponents that may need a follow up shot!

Accurate and deadly; the .357 revolver packs a hard punch, compensating for its lack of ammo capacity. A reliable and well-placed aim can also make this gun perform in a mid range combat if needs be.

The .357 possesses excellent mobility, allowing you to weave through obstacles and easily get out of the enemy's line of fire. A perfect weapon to use in heated battles against enemies, one-on-one!