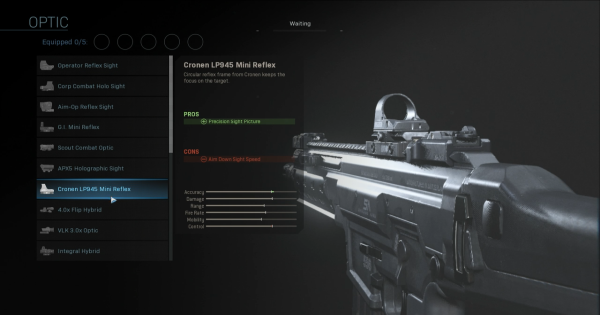 Cronen LP945 Mini Reflex gives a crisp sight picture at a negligible Aim Down Sight Speed, same with most reflex sights. Choose a reflex sight wich you are satsified with its sight picture.