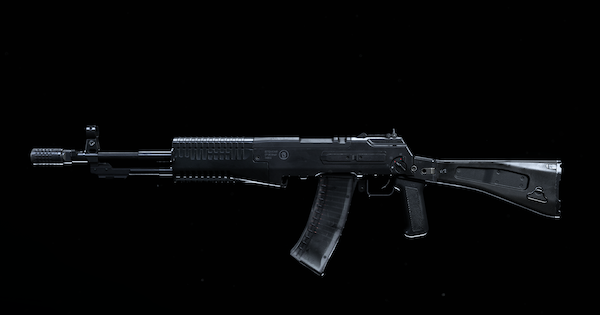 Check Out AN-94 Assault Rifle in Call of Duty: Modern Warfare & COD Warzone 2021! Find info on the Warzone / Modern Warfare best loadout, attachments, how To unlock, & setup for AN-94!

This loadout lets you handle the close to mid-range sector using the An-94's high burst damage but keep up the ranged damage against far away targets with Kar98k due to the recent Marksman Rifle buff. It can deal a good burst damage to targets at most ranges.

Hunt For Prey With Heartbeat Sensors Or Snapshot

Heartbeat Sensor lets you get a bearing of the whereabout & ranges of targets. Couple this with the new updated footstep sounds and you can get a jump on people. If campers are your main concern, Use Snapshot grenades to flush them out.

Attachment Setup For AN-94

This build persues max damage range that's useful in the Warzone enviroment while balancing it with decent handling & ammo capacity. It can deliver the pain of quick bursts up far to break armor or suppress targets fast.

A special trait of AN-94 is that after the initial burst, it reverts to full auto. However, you can reset the weapon back to burst mode by releasing the trigger a bit so that it goes back to firing burst which shoots far quicker. Practice burst reset and this weapon will be far more deadlier.

Use The AN-94's Great Accuracy

The AN-94 boasts incredibly decent recoil when fired in bursts. Take advantage of this by landing precise hits and maintaining your distance.

Get Smoke For IR

You can also make use of the AN-94's IR Scope by bringing Smoke Grenades. Use the smoke for cover or to mount an assault.

Attachment Setup For AN-94

The AN-94 has an innately decent damage output even for an Assault Rifle. Maximize this by taking accurate and precise shots. Note that the rifle itself can fire 2 shots without introducing tremendous recoil. Use this and fire only in bursts.

Thermal Hybrid To Deal With Most Encounters

Mount the Thermal Hybrid on the AN-94 so you can pick off targets from both mid and close range. You can also bring Smoke Grenades to take full advantage of this attachment.

AN-94 - Compatible Attachments For Setup

So what is the second build? The AN doesn't have those attachments.

I converted the AN 94 to make it compatable with the 60 Round Casket Mags, I call it Iron Fang, it only has 3 attachments

AN-94 wasn't designed for use against body armor. It's burst design was intended to increase hit probability for soldiers without requiring extra training.