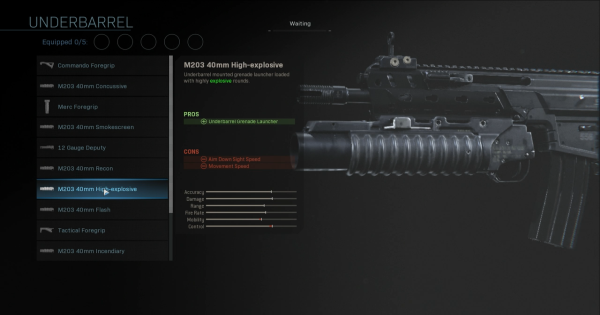 Ability to launch HE grenades at targets further away while sacrificing a bit of swiftness to react for your main weapon. Gives you the ability to frag people for a minor stats loss.

I mean, you make such a nice site with useful info, but do not fully explain how to do or accomplish something!

HOW THE HELL DO YOU ACTUALLY USE/FIRE THE M203 GRENADE LAUNCHER?! WHAT KEYBOARD KEY STROKES?