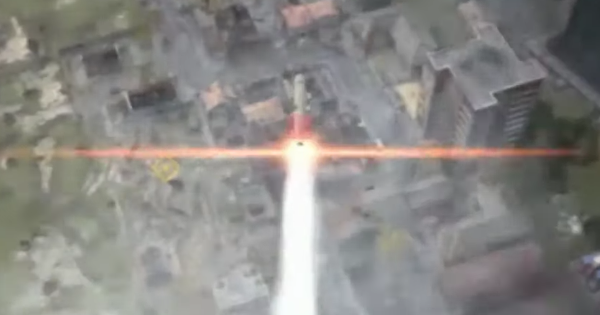 Read this guide to learn about the Cruise Missile Killstreak in Call of Duty: Modern Warfare 2019 & Warzone! Find out how and when to use the Killstreak, tips, unlock levels!!!

The Cruise Missile is an offensive Killstreak that deploys midair & gradually approaches the map, with the user guiding it towards the impact point, allowing you to target enemies. The Missile can then be boosted for a faster descent.

When activated, the Cruise Missile will deploy and become available for control starting around the center of the map. However, it already has a forward momentum toward certain directions of the map, making targeting its opposite direction somewhat difficult.

Don't let your targets escape! Cruise Missile can be boosted to gain increase speed, hastening its decent and impact.

When launched, enemies will be able to track the Cruise Missile through a round circle with crosshairs icon on their minimaps. While the impact time is low, some enemies may run into buildings and escape the blast.

One Of The Last Killstreaks You Get

Cruise Missile is one of the last killstreak you get. Use VTOL Jet as an alternative in the meantime as they both share similar deploy mechanics.

Viable For Small Yet Open Maps

Cruise Missile works pretty well in small yet open spaced maps, due to its relative ease of acquirement, decent radius, and ease of guidance if the map is small. If your team can contain the enemy teams in certain regions, 1 cruise missile could wipe a whole team.

Great For Modes With Objectives

Cruise Missile's advantage is its ability to adapt to enemy re-positioning. In modes with objectives, enemies can be seen clumping together in defense or offense, giving you a good chunk of targets to guide towards.

Find A Safe Place to Deploy

Cruise Missile requires the user to deploy and guide it using a specialized interface. You don't want to be staring down a barrel of an enemy after deploying it, so find a safe place before activating Cruise Missile.