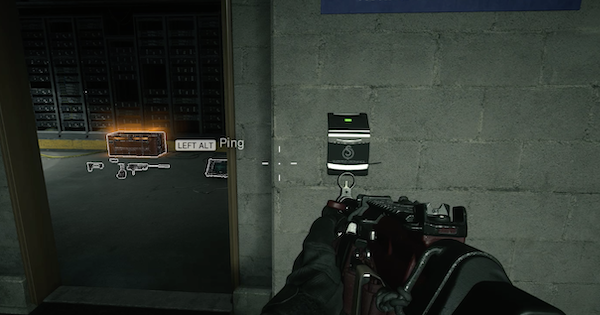 What Are Locked Doors In The Stadium?

After opening its doors, the Verdansk Stadium in Season 5 has also introduced 4 locked doors for players to access. The doors are found on each level of the stadium and require a specific access code to unlock. The last one requires a bit of code-breaking and may take a few attempts to successfully open.

Check Out The Stadium Guide Here!

Interact With Computers To Open The Last Door

The last door is found on the 2nd level of the Stadium & requires you to input a passcode. The passcode can only be obtained by opening one of the three locked doors, accessing the computer, and jotting down the code displayed.

This locked door is located at the 2nd level of the Stadium. Use any of the Elevators or the ropes outside the stadium to access this floor. Make your way to the southern-most part to get to the door.

The door can be found in the 1st floor of the Stadium, just beside the bar. It can be quite difficult to get to this one if there are other players roaming the Stadium.

This door requires you to input a series of numbers in order to open it. To acquire the number sequence, you and your team need to break a code shown by the computers inside the 3 locked rooms above. Also note that the code is changes per game.

Can Be Found Around The Stadium

Key Cards are items that you can pick up around the Stadium. Wander around and you will likely to bump into one of them. Do note that they appear randomly and there are no certain spots that spawn them. These access cards doors are similar to the Red Keycards used to open the Bunkers (Vaults) found across Verdansk.

Check Out The Stadium Guide Here!

Key Cards Are Dropped When Killed

Be careful when you carry these Key Cards as they drop upon death. You can also get Key Cards by eliminating enemies that carry them.

Before going dashing to a locked door, read what code your Access Key is for. You can check the code before picking it up or by looking at the code beside your health bar. Once you are certain of it, carefully make your way through the Stadium and open the door for good loot.

You will be asked to input the Access Code in order to open the final door. You need to get into at least 2 of the locked passcode doors in order to see the computer and make sense of the code. While you can make do with just 1, it might take you ages due to the number of possible combinations.

The codes that you will get from the computers will be missing 3 digits displayed as symbols. You can solve the number of each symbol by getting the other codes displayed in the other passcode rooms. The corresponding number to these symbols change in every game.

After rummaging and running across the Stadium, opening the locked doors rewards you with several Legendary Supply Boxes. Each one contains powerful weapons and tools that you can use to survive and outlive your opponents.

Within the locked doors are sometime the rare Golden (Durable) Gas Masks that are found nowhere else. These types of gas masks lasts a lot longer than normal ones, letting players expand their options regarding circle collapses.

The locked doors in Plunder reward you with a very significant amount of cash, so large that you'll likely shoot your team up to the top 10. Be careful though, as once you and your team enter the top 10, everyone's going to try and take your hands off that cash!

The access doors that require a passcode hide behind its doors easter eggs & clues about the game's story. It also comes with several Legendary supply crates that you can open for powerful weapons and tools. There are also clues to possible future events in Warzone.

The final locked door also contains the Enigma, a unique AMAX blueprint. The name of the blueprint itself is synonymous to mystery or it can allude to the code encryption machine used during WWII.

Check Out The CR-56 AMAX Here!