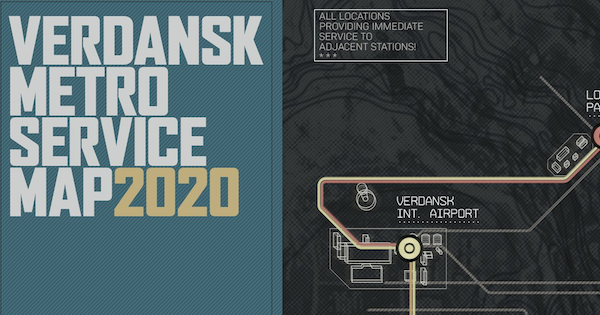 (!) Click the number for a detailed view of the map!!!

All Subway Stations Have The Same Layout

All subway stations share the same layout, thus can be entered and looted more or less the same way. It also means the choke points are mostly the same so any ambush would be relatively predictable.

No Need To Transfer Trains

Despite having different subway lines written on the subway map, players can just ride a train from any station to continue towards a certain direction.

Be Careful Of Arriving Trains

Trains travel instantaneously and spawn immediately after they leave the station. Be prepared for any enemies that are inside the train. You can also wait on the train platform to trap and smoke out enemy passengers.

Subway Train Will Not Go To Gassed Stations

The Subway system will not send trains into places where the gas has enveloped the region, making sure that the travels are somewhat safer. It will also not send out trains when there are firefights on the platform or in the train cars.

How to Enter Subway Station

Near the Ticket Office are rooms & platforms with items, ammo, supply boxes and even contracts ready for the taking. This makes the subway station a good haven to run to for supplies and protection but be wary of other teams thinking the same.

Check Out All Contracts Here!

In the area near the Ticket Office, there is always an escape ladder that will lead you out to somewhere near the surface main entrance. Use these ladders when you're boxed in or use it to outflank your opponents. Alternatively you can also use this as an entry point to surprise enemies already inside the station.

What Is The Subway

As the large map of Verdansk can only be travelled efficiently via vehicles. While walking and running is possible, it takes a lot of time and makes you very vulnerable to snipers. The subway opens up a new means of getting around fast and easy. It is also possible that subway stations may become hot spots for combat.

Season 6 arrives on September 29 and with it are new weapons, Operators, skins, and a Battle Pass. Similar to past seasons, this new one also brings with it some changes in Warzone's Verdansk.