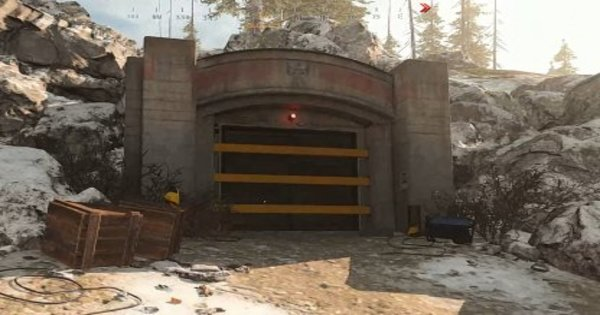 Bunker 11 Can't Be Opened With Code

Bunker 11 is located on the north of the Verdansk map next to the Military Base. It nestles in the mountains and may be difficult to find as its pretty camouflaged, but look for the crates and generator by the gates.

Bunker 11 is different from other bunkers in that it cannot be accessed via a Red Keycard like other bunkers or vaults. However, you'll get a lot of supplies and intel by gaining access to this special bunker, so its worth it to pay a visit!

How To Open Bunker 11 & Phone Locations

The first step toward opening up the Bunker 11 door is to locate & interact with ringing phones (Activation phones) located around the map. Note that not all phone will be ringing when you get to 1, so you may need to get to another phone.

Jackpot When You Hear Russian

When you see the 'Russian Bunker Commander < REDACTED >' subtitle and start hearing Russian Numbers from 1~ 10, you've found the right phone. See Next Step.

2. Listen To The Phone For Russian Numbers

You will hear a sequence of 3 numbers in Russian as the phone plays. Listen closely as this sequence is your code & it is random every time. You will then need to hunt down Number Phones and interact with them in sequence to solve the puzzle.

3. Hunt Down Phones That Matches the Numbers

After you have your list of numbers, you'll need to hunt down the Number Phones and interact with them in sequence. If you interacted with the right phone, a Morse code will play. However, you do not need to care about the Morse code so just move on to the next phone.

Head Over To the Bunker & Interact With Keypad

After you interacted with all 3 phones, its time to head out to the Bunker & interact with the keypad. If you see the bunker door has a green light, its ready for opening. If you did everything right but didn't see the glow, you may need to try again next round.

Bunker 11 is a secret bunker that contains a deadly secret & Easter Egg that might signal what's going to occur in Season 7 or later. A nuclear warhead is missing and it may change Verdansk forever.

Enter To Get Supplies & Bunker 11 Blueprint

If you successfully entered the bunker 11, you'll now get access to tons of supplies as well as a unique MP7 "Mud Drauber" Blueprint! Also, if press a red button, a unique Easter Egg will give you a peek of possible future events.