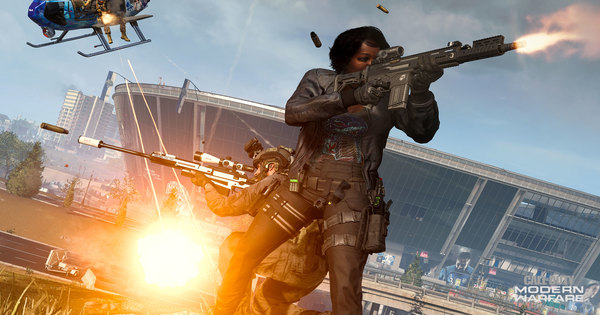 The weapons below have been found to dominate matches in Warzone and have been further changed for balance. Note that these changes are for Warzone only and does not affect the the weapons' performance in Cold War.

A new weapon from Cold War's Season 1, the Wakizashi is now available for use in Warzone. Players can either unlock it completing its requirement or by buying it from the ingame store.

DMR 14 has been nerfed across the board for damage and recoil.

Type 63 received some nerf to the damage as well, but was relatively untouched in the recoil area.

Diamatti got another nerf to its dual wield & damage in a way that it no longer gets a damage multiplier based on body parts hit, and the damage is lower.

The nerfs made significant impact to the recoil & damage of the Cold War Meta DMR weapons. They will no longer be the all-range shredding machines they used to be, but thanks to their fast fire rate and semi-decent handling despite nerfs, they are still capable weapons in the right hands. However, it is very likely that the meta will move on to other weapons with similar performance like Kar98k.

DMR 14 lost some advantage over long range, but is still viable up to medium or even long range if the player knows how to handle its recoil kick after firing the first round. It will now be difficult to challenge full snipers without skill, but thanks to its fast fire rate DMR 14 is still potent up as a close up/ mid range multipurpose gun.

Type 63 received nerf in the damage & recoil attachment area, but was relatively untouched in its base range recoil unlike DMR 14. Type 63 was originally a mid/ close range oriented weapon based on its stats to begin with, and thanks to its relative fast rate of fire we feel that its pretty much the same viable weapons as before.

Diamatti & Akimbo kind of lost some damage in this nerf, requiring another burst to down targets. However, as there are currently no better alternatives to self-defense secondary weapons without the use of Amped Perk, Diamatti is still one of the best secondary to choose from. We would recommend that players who use the Diamatti for self defense ditch the Dual Wield (Akimbo) and use the sights for better consistency.

The weapons below have been found to be dominating matches in Warzone and have been changed for balance. Note that these changes are for Warzone only and does not affect the the weapons' performance in Cold War.

Check Out The Diamatti's Stats Here!

Less Use For The Cold War Weapons

The nerfs were brought upon by the lack of recoil and damage output of the said guns. It also didn't help that the guns themselves exhibit good fire rates when used with certain attachments. With that said, it is very likely that the meta will move on to other weapons with similar performance.