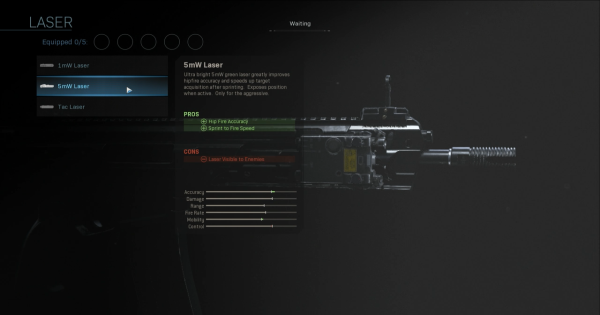 Read this Call of Duty: Modern Warfare 2020 & Warzone guide to learn more about the attachment 5mW Laser! Learn about this gunsmith, unlock level!

5mW Laser gives off a bright green laser dot for all to see. Its good hipfire bonus comes at the price of stealth, so balance this attachment with whatever game mode you're playing.