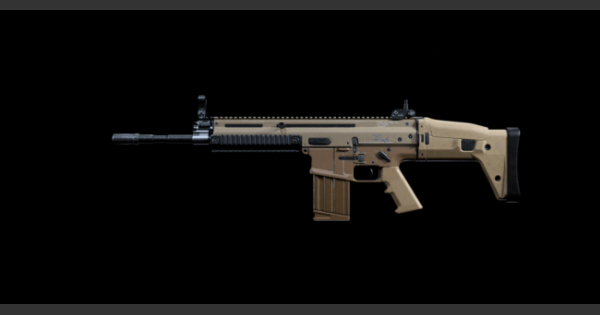 The FN Scar 17 is a weapon that you can use in most scenarios. Having attachments that make it into a more accurate rifle is recommended in Warzone due to the vast open spaces usually found on the map.

The Cold-Blooded perk negates the effects of High-Alert. This allows you to shoot down enemies lying out in the open without worrying if they can detect you.

Check Out Other Perks Here!

The FN SCAR 17 can be outfitted with attachments that further increase its already superb accuracy. The control stats can also be increased using the above kit.

This loadout finds good use in mid to long-range encounters. Use it when fighting against enemies from afar and remember to fire in bursts instead of hammering down the trigger.

Take advantage of the SCAR's high damage output by using attachments that reduce recoil and increase accuracy. Make good use of the MP7 when moving around or when clearing buildings.

Check Out The MP7 Here

This build greatly increases the FN SCAR's innately high accuracy using various attachments. It also somewhat bumps up Control a bit while not sacrificing too much Mobility.

Go Accurate All The Way

You can further increase the accuracy by slapping in barrels that boost range and bullet velocity as you can rely on your MP7 or any SMG for CQC.