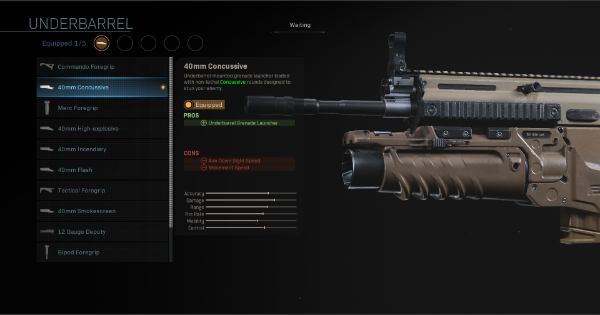 Read this Call of Duty: Modern Warfare 2020 & Warzone guide to learn more about the attachment 40mm Concussive! Learn about this gunsmith, unlock level!

Useful attachment for impairing enemies. Essentially gives you another piece of tactical equipment. You may need to add other attachments to mitigate the lowered ADS time and movement speed of this attachment.