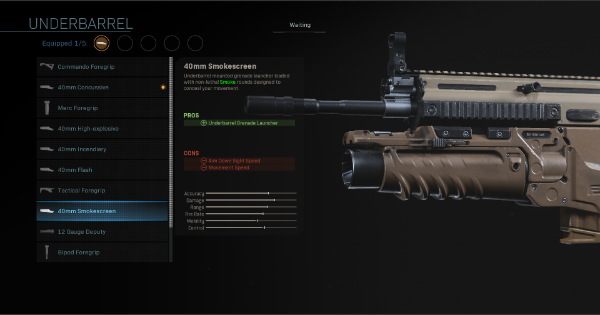 Read this Call of Duty: Modern Warfare 2020 & Warzone guide to learn more about the attachment 40mm Smokescreen! Learn about this gunsmith, unlock level!!!

Helpful for breaking line of sight from the enemy, allowing you to get to cover or flank. Movement speed and ADS time penalties will need to be offset.