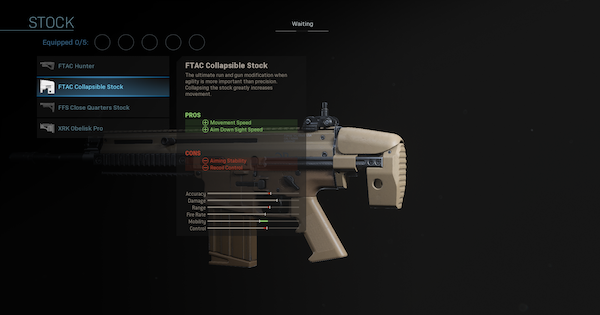 This attachment is best suited for fast-paced and aggressive gameplay. The lowered ADS time and increased movement speed are perfect for pushing and flanking your enemy. However, the lowered accuracy will need to be addressed using other attachments.