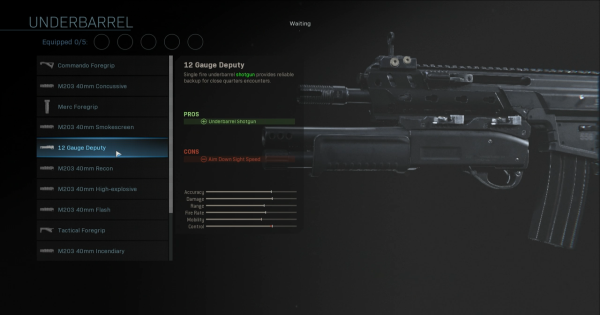 Read this Call of Duty: Modern Warfare 2020 & Warzone guide to learn more about the attachment 12 Gauge Deputy! Learn about this gunsmith, unlock level!

A choice for loadouts where a secondary weapon is unreliable as a back-up weapon (such as when carrying a launcher).