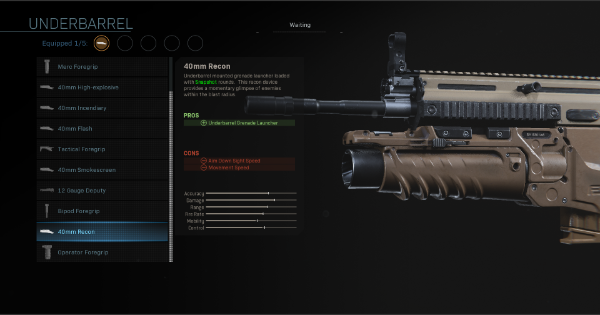 Read this Call of Duty: Modern Warfare 2020 & Warzone guide to learn more about the attachment 40mm Recon! Learn about this gunsmith, unlock level!!

This attachment gives you another tactical option by equipping your gun with a Snapshot grenade. Will allow you to scout for enemies in the area, but will lower your ADS time and movement speed.