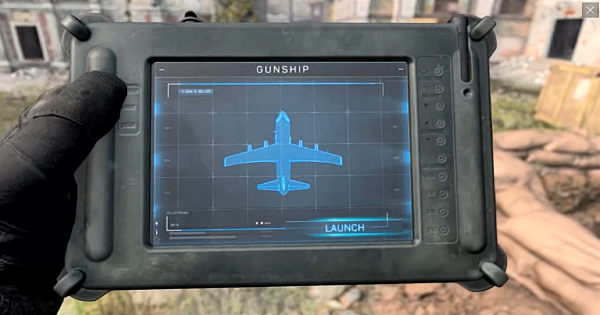 Read this guide to learn about the Gunship Killstreak in Call of Duty: Modern Warfare 2019 & Warzone! Find out how and when to use the Killstreak, gameplay tips, and more!!!

This killstreak lets you control the different weapons of a heavy assault gunship while it continuously circles around the map. Rain down heavy firepower until the gunship runs out of fuel or gets shot down.

The Gunship has several weapons at your disposal. It has a 105mm anti-tank gun, 40mm cannon, and a fast firing 25mm cannon! Cycle through these weapons regularly to rain down as much destruction as you can!

Note that each gun will have different reload speeds. The larger ammunition that is used, the longer it will take to reload.

Has Flares For Anti Rocket Measures

Your Gunship also comes with two anti-missile flares. These flares will lead rockets away from your ship once they are deployed. This countermeasure helps you keep the gunship up in the air for longer!

Your gunship will automatically mark targets with red markers when you enter the gunship. However, you can switch your view to the thermal vision in order to better triangulate enemy positioning.

Once one of your gunship's weapons needs to reload, switch to the next weapon to continue attacking! This will maximize the damage you deal with the Killstreak, and prevent enemies from shooting back at you.

Aim For Groups of Enemies

It is recommended to aim for groups of enemies in order to earn more kills which will help you unlock higher tier killstreaks. If enemies are within structures, aim to shoot through windows to deal explosive damage indoors!

You can also use the gunship to support your team. Shoot down enemy killstreaks such as choppers, wheelsons, UAVs and the like to remove any advantage that the enemy has over you!

Deploy Flares To Avoid Getting Shot Down

Remember to deploy your flares if you are targeted by enemy rockets. This prevents your gunship from getting shot down, allowing you to rain down firepower on the enemy team for longer!

May Not Be Ideal For Cave & Indoor Maps

Some maps has a vast array of indoor caves or structure network where the Gunship's weapons cannot hit. Swap out Gunship for those maps.