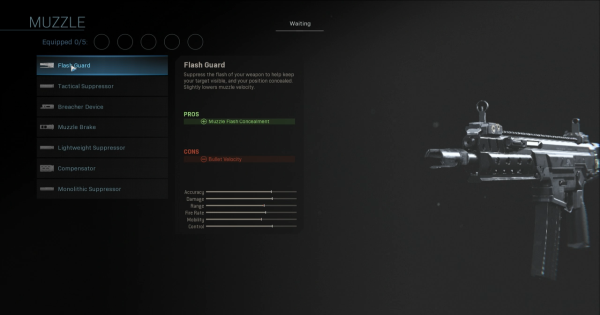 Read this Call of Duty: Modern Warfare 2020 & Warzone guide to learn more about the attachment Flash Guard! Learn about this gunsmith, unlock level!

The Flash Guard is best for players who want to play more stealthily. This attachment negates the muzzle flash of your weapon to help you train your aim on the enemy. Having no flash when firing your gun also prevents you from being easily spotted!