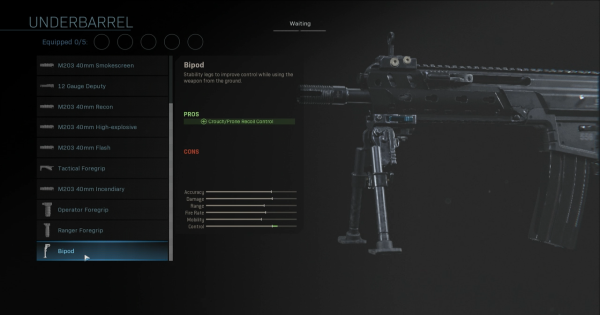 Read this Call of Duty: Modern Warfare 2020 & Warzone guide to learn more about the attachment Bipod! Learn about this gunsmith, unlock level!

A one-step solution to many recoil-related problems, as well as for stealthy players that wants to cause less sound while moving. Take the Double Time perk to crouch-walk as fast as normal walking.