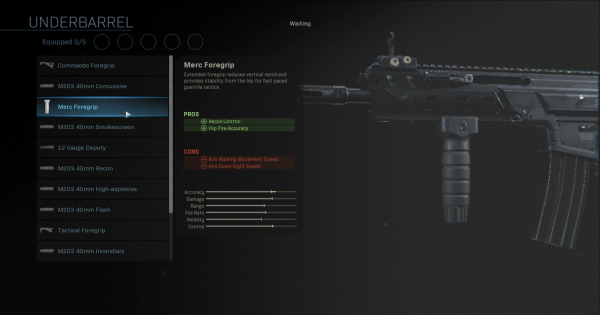 Read this Call of Duty: Modern Warfare 2020 & Warzone guide to learn more about the attachment Merc Foregrip! Learn about this gunsmith, unlock level!

A hip-fire specific attachment, best used if you're after a hip-fire build.