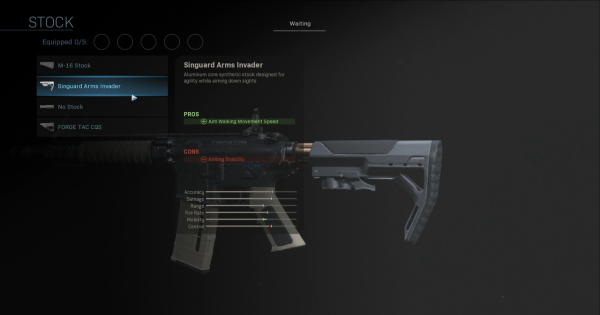 Use this attachment if you're walking around a lot while aiming down sights.