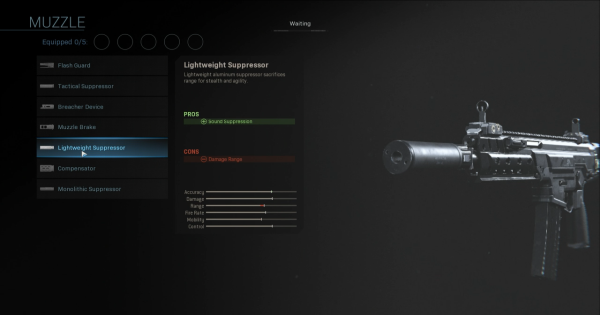 Read this Call of Duty: Modern Warfare 2020 & Warzone guide to learn more about the attachment Lightweight Suppressor! Learn about this gunsmith, unlock level!!!

Lightweight Suppressor are for those weapons which damage range dropoff isn't an issue, such as SMG and CQB-oriented Assault Rifles. Try not to use them for weapons that relies on 1-shot kills such as sniper rifles or shotguns.