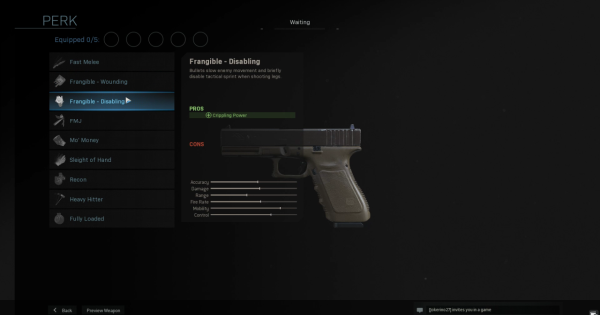 Read this Call of Duty: Modern Warfare 2020 & Warzone guide to learn more about the attachment Frangible - Disabling! Learn about this gunsmith, unlock level!!!

Frangible - Disabling will shut down fast enemies trying to make an escape. It works better with fast-firing, lower damage per shot weapons as there's better chance of hitting opponent's legs.