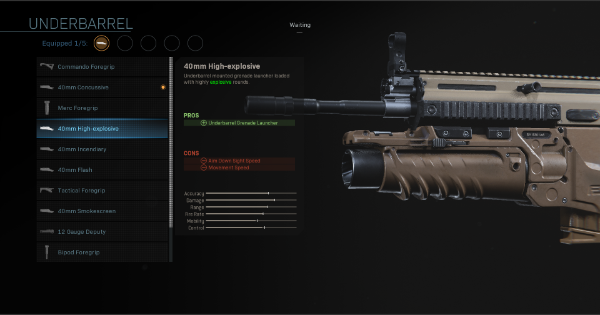 Read this Call of Duty: Modern Warfare 2020 & Warzone guide to learn more about the attachment 40mm High-explosive! Learn about this gunsmith, unlock level!

This underbarrel mod boasts high damage and can allow you to instantly kill enemies. Note that it slightly lowers ADS time so you will need to compensate using other attachments.