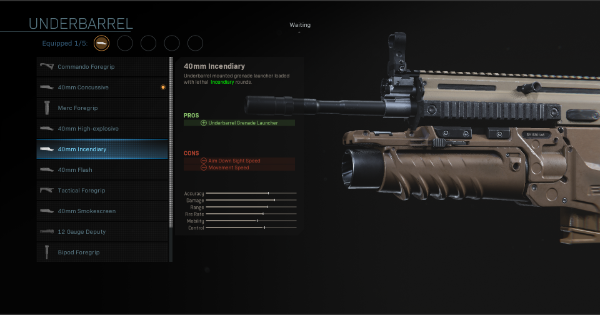 Read this Call of Duty: Modern Warfare 2020 & Warzone guide to learn more about the attachment 40mm Incendiary! Learn about this gunsmith, unlock level!

This attachment does not have the DPS to instantly kill enemies, and slightly lowers your ADS time. However, it is excellent for dispersing enemies grouped together, while also weakening them for a lower time-to-kill.