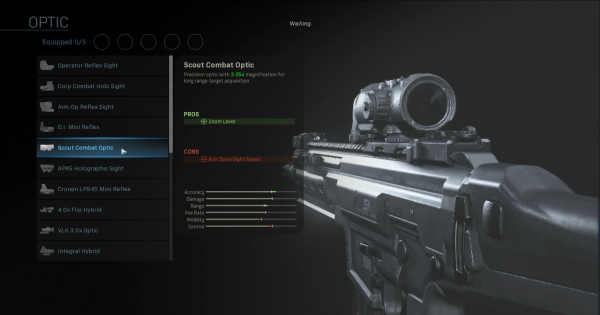 A constant 3.25x maginifying scope that assists well in target recognition & acquirement, but may be hindering in close quarters engagements. As such, it is great for loadouts that can balance hip-fire and mid-range accuracy. Its ADS speed penalty isn't uncontrollable.