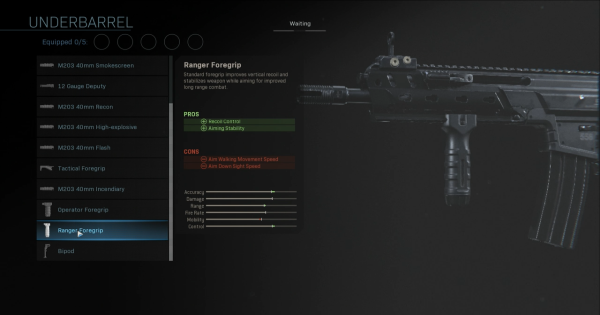 Read this Call of Duty: Modern Warfare 2020 & Warzone guide to learn more about the attachment Ranger Foregrip! Learn about this gunsmith, unlock level!!!

An attachment that ensures a stable aiming sight picture while sacrificing a bit of swiftness to react. Useful for weapons where each shot counts, like a sniper rifle.