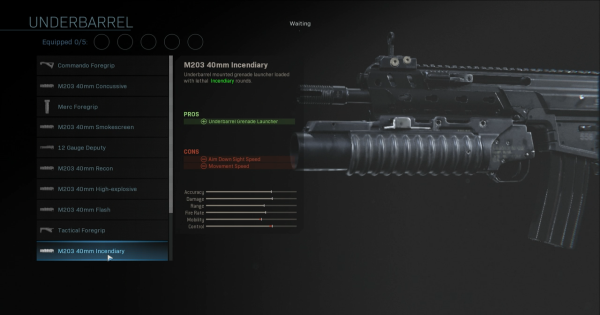 Ability to launch Incendiary grenades at targets further away while sacrificing a bit of swiftness to react for your main weapon. Gives you the ability to ignite the contact surface for a minor stats loss.