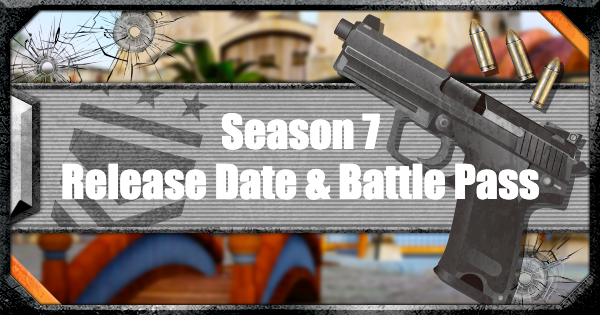 While not explicitly tagged as "Season 7", Warzone's events and updates continue with Cold War's Season 1 which was released last December 16, 2020. While the timelines are different, it has been confirmed that both games are contained in the same universe, sharing global events and characters.

Similar to its connection to Modern Warfare, Warzone is directly linked to Black Ops Cold War. This means that progression between both games affect content such as the Battle Pass, weapon progression, and player rank.

The Battle Pass for season 7 (Cold War's Season 1) contains 100 tiers filled with season-exclusive rewards. As progression is shared for both games, all items in the Battle Pass are usable in both Warzone and Cold War.

Similar to what was implemented in the previous seasons, the new Battle Pass features several tiers that are free. However, to fully enjoy the season-exclusive rewards, players must pay 1000 COD Points (CP) for the Battle Pass.

As stated above, Warzone's Season 7 is Cold War's Season 1. With that, new weapons for Cold War are also usable in Warzone. These includes attachments, weapon blueprints, and cosmetics. Unlock conditions for both games are also shared, so if you unlocked it in one, you can use it in the other.

Cold War's Operators join the fight in Verdansk and in Rebirth Island, greatly increasing the roster of available characters. These new characters can either be acquired using Cold War's Season 1 Battle Pass or by buying them from the ingame store.

In Season 7, Rebirth Island (Alcatraz) joins Verdansk as a Battle Royale map in Warzone. This small and compact map makes for faster and more frenetic combat, given that players are mostly at shooting range of each other. Players looking for short action should try out and play in this map.

In addition to Rebirth Island, 2 new Gulags have been added to the game, each one for Verdansk and Rebirth Island. Players can expect a fresher look and feel in this winner takes all mini-match.