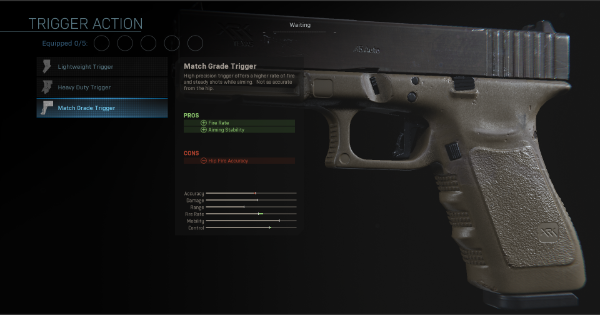 A useful attachment which allows you to increase accuracy while at the same time increasing fire rate. Not very handy in run and gun loadouts as it has a lower accuracy when firing from the hip.