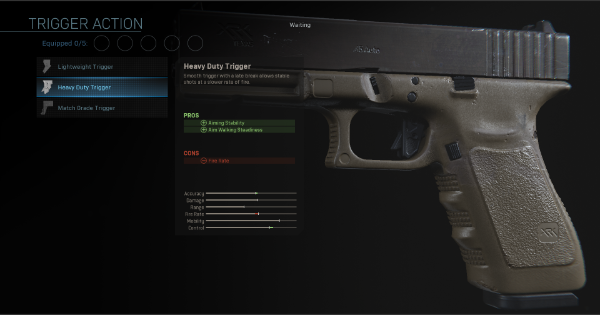 The heavy duty trigger is a must-have for high DPS handguns. It makes the handgun's recoil more manageable, allowing for more accurate shots to finish off enemies.