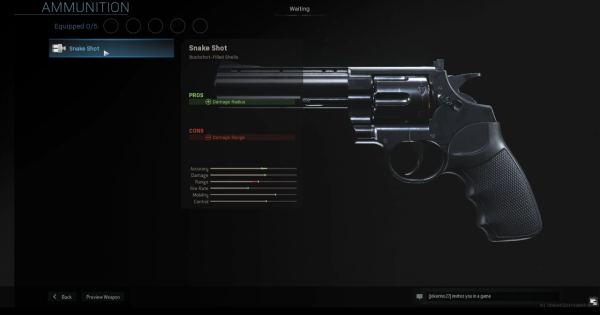 Read this Call of Duty: Modern Warfare 2020 & Warzone guide to learn more about the attachment Snake Shot! Learn about this gunsmith, unlock level!

Converts the .357, enabling it to fire pellets. Makes the weapon similar to a shotgun.

so wtf is snake shot? or more importantly... how to/when does it unlock?