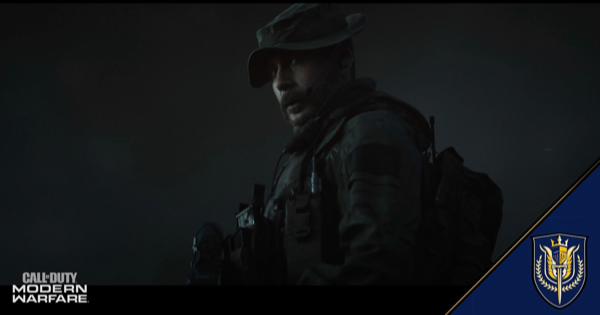 Check out this guide on the biography and background of story characters in Call of Duty: Modern Warfare 2019 (CoD: MW)! Learn about their past, beliefs, and their voice actors!!!

Click to Enlarge
Check Out More On Captain Price Operator

A veteran of covert operations all over the globe, Price is known for his courageous and dauntless personality. He joined the British infantry when he was 16, and as one of the youngest cadets to ever graduate the Royal Military Academy as a commissioned officer, he completed Special Service Commando selection and became member of SAS.

Promoted to Captain in 2011, Price is the officer in charge of a highly effective tactical unit. ‘Bravo Six’ is known as his call sign.

Price believes, the duty of every soldier is to fight for the greater good— “The rules of engagement don’t change, but their justification does”. John Price has a golden rule all his own: “We get dirty, and the world stays clean.”

Kyle Garrick enlisted in the British Army in 2014, serving in the Queen's Lancashire Regiment before passing for elite Special Air Service (SAS), where he currently serves as a sergeant for his sixth year.

Tasked to Northern Ireland, Bosnia, Turkey, Iraq, Afghanistan, and Syria, Garrick has spent the better part of his career hunting terrorist fighters. When undergoing interrogation resistance testing, Kyle was the only candidate in his class to escape the facility and evade capture.

Surrendering his former rank and history of special ops military service with Army Delta, Alex sacrificed traditional contact and association with family to join the SAD.

Alex values direct contact with local militias where he can track both allied and enemy intentions to help advise appropriate action.

Kate Laswell was born in Annapolis, Maryland. Kate believes that past is prologue, witnessing both diplomatic and military failures in the war on terror, her tradecraft is largely dedicated to breaking this repetitive cycle.

Laswell began her career as a communications analyst. Her earliest evaluation showed an advanced aptitude for strategic analysis. She was relocated to Pakistan, where she served as a “targeter” – a critical support role in the early days of the lethal drone strike program.

Laswell has always been hard to manage but brings reliable maneuvers to the table. A retired colleague said, “when it comes to unconventional information warfare, Kate Laswell rewrote the book.”

Laswell currently reports directly to the CIA Inspector General, through an elite category of Top Secret called “Top Secret/Sensitive Compartmented” or TS/SCI. To execute her missions, Kate works closely with the special activities paramilitary ground branch officers under her command (Alex), and has a close professional relationship with Captain Price.

Farah Amhed Karim is the founding member and commander of the Urzikstan Liberation Force, battling foreign occupation since 2010. Under Farah’s leadership, civilian militias play a critical role in the fight to return their subjugated population to sovereignty.

To protect her people from owing a debt to the world, Farah accepts only select funding and equipment from the international community, preferring to keep her forces reliant on their own for material support. Raising her army with little more than commandeered weapons and unofficial support from the SAS’s legendary Bravo Squadron.

Farah and her brother Hadir were caught in the invasion, spending their teens held as POWs by General Barkov’s rogue forces where captives were subjected to forced labor, routinely witnessing acts of chemical experimentation on fellow prisoners. In 2009, Farah led an escape, fighting alongside a western aide unit.

Farah Karim’s modern beliefs have had far-reaching effects, and occupying soldiers often directly hunt and target her. Labeled a terrorist organization by the Russian government for their long-standing resistance, Russian soldiers are ordered to make no distinction between the terror group Al-Qatala and the liberation fighters under Farah’s command.

Farah refuses to stage counter-offensives or launch attacks beyond the borders of her country, believing with all her heart that what distinguishes her from the terrorists and the occupiers is never crossing the line from defender to aggressor. “We are a protective force, we are rescuers, not killers.”

Hadir is a fighter in the Urzikstan Liberation Force, serving as a combat Lieutenant, reporting directly to his older sister, Farah. Together, they fight to protect, rescue and free their country from Russian occupation.

Hadir’s life changed irreparably when General Barkov’s rogue army rolled into Urzikstan blanketing his hometown with ordnance and poison gas. With the help of his sister Farah, they attempted to escape, but were both apprehended and taken to a prison camp.

Losing his family, his home and his innocence, like many in his generation, he and his sister Farah grew up in prison without guidance, education or moral instruction. These events fomented a violent and aggressive streak. After helping his sister lead a rebellion to break free from Barkov’s POW camp, he became a prominent figure and an influence on emerging combatants. Here, he shaped his personality and reputation as a hostile, cunning guerilla fighter.

Left an angry and restless soul with the heart of a warrior, Hadir learned to keep his cards, feelings and plans to himself. Farah and Hadir see eye to eye on their ultimate goal – to liberate their people – but don’t always align on tactics or strategy. Today, Hadir is Farah’s lieutenant, but differs with his sister philosophically when it comes to battle.

Hadir has never been beyond the borders of his country and often returns to his birth city to lead counter occupation attacks. Hadir considers more aggressive actions to be a necessary part of liberating his people. His singular purpose is to defeat those occupying his land by any means necessary.

Plodding, assiduous, and exceptionally merciless in his tactics, Al-Qatala’s infamous “Butcher” is perhaps the most wanted terrorist in the world, second only to his mentor and leader, The Wolf. The Butcher is Al-Qatala’s primary enforcer, often referred to as the Wolf’s “number 2.” He espouses AQ’s ideology of anarchy and applies its most violent principals whenever and wherever he can.

Few pictures exist of the Butcher, with even fewer words that can be attributed to him, as his real identity remains unconfirmed. The CIA suspects his actual name to be Jamal Rahar, born in Urzikstan some thirty years ago. The name “Rahar” appears in documents recovered by a Delta raid on one of the Wolf’s terrorist training camps near the border four years ago.

What is not in dispute is the Butcher’s long known pedigree of bombings and beheadings of government facilities and personnel (respectively) throughout the world. Each execution is carefully video recorded, edited and distributed on the Dark Web to excite sympathizers and financial backers.

When it comes to the Butcher, the only thing we know for certain is that he will strike again – at a time and place of the Wolf’s choosing.

Omar Sulaman is the leader of the Al-Qatala terrorist organization, responsible for plotting terror attacks, inspiring sleeper cells and lone followers to ban together against world power.

Sulaman was also once a freedom fighter, a leader and a hero in the eyes of the West. He gave up a life of relative comfort to fight Russian influence in Afghanistan and was a key ally to Western forces in the region until he grew intolerant of what he saw as a lack of will on the part of intervening political and military leaders.

In contrast to terrorist factions who promote religiosity and strict doctrine, Sulaman favor anarchy over institution. Today, Sulaman sees modern “empire and enterprise” as his enemy, calling Al-Qatala to bring down government establishments by any means necessary.

In 2013, Sulaman issued a laminated card of script, signifying his split from Western backed forces, vowing to exploit his knowledge of “western strategic limitations.” As a young man, Omar witnessed this rampant corruption and hypocrisy with disgust, motivating his anger and planting the seeds of rebellion in his unruly soul.

Establishing his own independent presence, Sulaman erected intensive training camps across the Middle East. His camps attracted ‘soldiers’ from all over the world. He called those new fighters, “Al-Qatala” (The Killers). Both the man, and the movement gained mass support. The unrelenting, ‘lone wolf’ independent philosophy earned Sulaman the nickname, “Aldhiyb” (The Wolf).

The Wolf has not been seen in public for several years, maintaining a series of safe houses across Europe and Asia. Recent reports claim Sulaman was severely injured in a 2014 Russian airstrike in the occupied country of Urzikistan, losing all or most of his vision in both eyes. Shortly after the attack, Sulaman released a message via social media, reassuring followers that “The blood of revenge, is never in vain.”