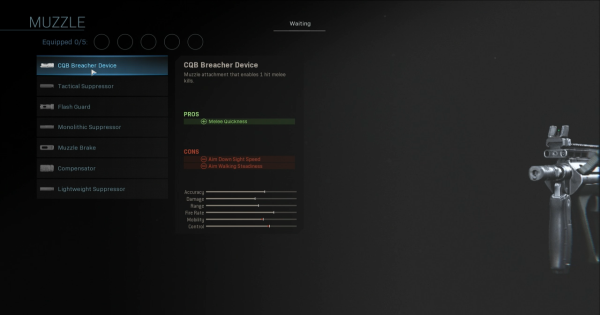 CQB Breacher Device benefit the close range gunner playstyle, where charging and meleeing may be faster than reloading. It may also be helpful in finishing up some missions.