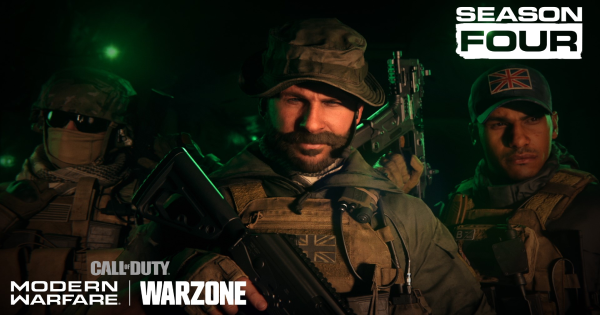 Read this for all storyline & lore so far until the Warzone Season 4 in Call of Duty: Modern Warfare (COD MW). Includes story summary per event explained in chronological order!!!

The Call of Duty Modern Warfare's main campaign centers around a battle against a terrorist organization Al-Qatala. Take control of the CIA operative Alex as you join forces with Captain Price of SAS amd Farah of Urzikstani Liberation Force. Together, you and the joint force successfully thwarts the Al-Qatala's plans and recovers the stolen chemical weapon... at a cost. This event, later sparks the creation of the Task Force 141 under command of Captain Price.

The battle against Al-Qatala was far from over; after the incidents of the campaign, a new threat rises in the eastern hemisphere. A joint force of Allegiance and Coalition Operators, the Armistice was formed to once again battle the Al-Qatala and it's network. You as Armistice operator will embark in multiple Operation around the globe continuing the story after the campaign.

Operation Headhunter, your first mission as an Armistice operative takes you into the city of Verdansk in search for Almalik, “AQ’s slumlord-in-chief” and assault his base of operation in the following Operation Kuvalda.

The following set of Operation was to confiscate the Al-Qatala's arsenal of weapons of mass destruction. Operation Paladin has you delve behind enemy lines to extract a VIP in order to locate the said weapon, and recover the nuclear cargo in the Operation Crosswind.

Your next target is Al-Qatala's arms dealer, “El Traficante”. In the Operation Harbinger, you will be tasked to find your local informant and secure intel on El Traficante's batch of major shipment departing Verdansk. After his successful rescue, you learn that the shipment of explosives have already left on a train. You and your team race to fight through the rail yard and destroy the train before the shipment falls into the wrong hands.

In your final operation, you target the “The Banker” source of financial resource in Al-Quatala operation. In this two-part ops, you and your squad are tasked with locating your target's financial deposit through locating and interrogating your targets. Once the target has been identified, the Operation Strongbox will be put into action. Objective, secure all financial resources that you can get your hands on owned by The Banker, and permanently put him out of business.

It seemed that Al-Qatala has finally taken a death blow after the success of the Spec Ops. However, the Al-Qatala had plans to strike one critical weakness of the Armistice; their composition of otherwise opposing enemy factions. After an incident that downs a valuable cargo containing deadly chemical weapon, a faction conflict once again begins to rage between the Allegiance and Coalition members of the Armistice for ownership of the said weapon.

Find Out More On Warzone Here

The Armistice now in disarray with the infighting which is now growing into a full scale conflict, the Al-Qatala now took advantage of the situation, have smuggled a nuclear weapon into the Verdansk. Now turned to a hotspot for global catastrophe, Captain Price and commanders of Armistice sends a single operator to recover the nuke. He is none other than Price's most trusted operator, Simon Riley - the "Ghost".

The scale of the operation far exceeded what a single operator could handle, and a reinforcement was sent for the Ghost. The backup arrived was Alex, first thought KIA in the original campaign. The in-fight amongst the Armistice was growing ever more severe in Verdansk. Rather than fighting the terrorist threat, the Armistice soldiers were fighting amongst each other for survival to secure the limited means of exfiltration as the released chemical gas closes in.

The Armistice was in shambles and situation in Verdansk is quickly spiraling out of control. With the situation quickly snowballing into a threat that maybe even bigger than Al-Qatala itself, a drastic action was in need to solve the situation. It was time for Task Force 141, Captain John Price to take another business trip.