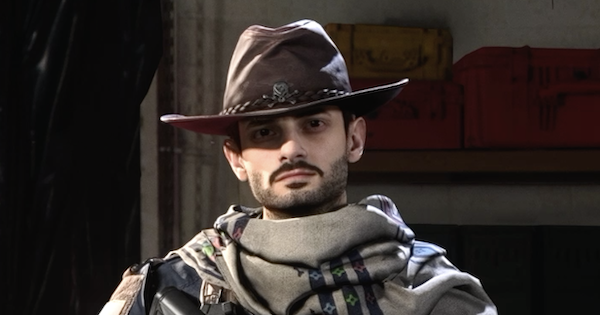 Check out this CoD MW / Warzone guide for the Season 5 Operator: Morte, check out info on his backstory, his faction, outfit, how to get, release date, and more in Modern Warfare and Warzone!

Morte Operator Bundle - How To Get

Morte has now been revealed as the last Operator for Season 5! Players can use him for both Warzone and Modern Warfare by buying his skin once it becomes available in the ingame store. Alongside the Operator skin, the bundle will also include two new Legendary Weapon blueprints, vehicle skins, a new Finishing Move, and more!

Morte will also feature a new & unique finishing move called Tuco as part of the bundle with the Morte Operator. Remember to equip it first to use it.

How To Do Finishing Moves

In order to get Morte, you will need to purchase the Morte Operator Bundle which becomes available in the store on August 18, 2020. Keep in mind that you will need to have enough CP to complete the purchase.

Check Out The In-Game Store Here!

Items in the Morte Operator Bundle

Morte is a new Operator joining the Coalition as a member of Warcom. Together with other operators from his faction, Morte drops into Verdansk to join in on the fight!

Morte debuts in Modern Warfare / Warzone's Season 5 Reloaded. This Operator was announced during the release of Season 5 but was slated to come out mid-season unlike Lerch and Velikan.

Purchase In The Ingame Store

Morte is the third Operator of Season 5, coming late to the party. Note that he is not part of the Season 5 Battle Pass. You can get this operator by buying the bundle from the In-game Store.

Check Out Other Operator Skins Here!

Sergio "Morte" Sulla is a gunslinger hailing from Italy. He has served as a paratrooper in Italy's elite Col Moschin regiment before joining the Coalition. As a huge fan of spaghetti-western, Morte dons an outfit reminiscent of heroes in old western lone gunslinger films.

Check Out Other Operators Here!