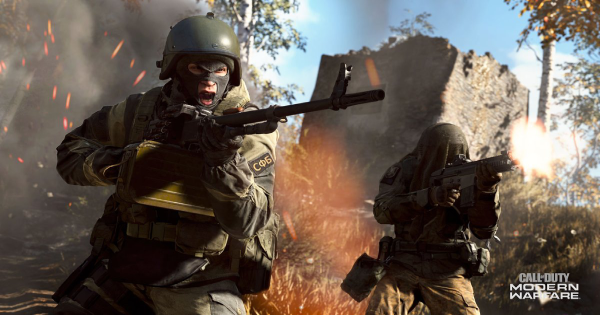 Read this Call of Duty: Modern Warfare 2020 (CoD: MW) guide to learn more about the 2v2 gunfight tournament! Find out about rules, mechanics, rewards, and more!

The Gunfight Tournament a limited time game mode, previously launched during Season 2. In this mode, you put your skills to the test as you go up against other players with a random loadout, and see who can take advantage of the situation!

The Top 4 contestants of this tournament will be eligible to earn exclusive Weapon BPs & cosmetic items, along with bulk of XP bonuses!

As of June 7th, the Gunfight Tournament is back and open for entry! Join in on the tournament to reap some exclusive rewards and XP bonuses!

Jump into the fight.

Get the full details in the Weekly Briefing: https://t.co/XLuYufmDat pic.twitter.com/L1WzMeojlV

How to Join the Tournament

Select the tournament button from the Multiplayer lobby. It can be found directly under the Quick Play button.

After selecting the Tournament, hit the Sign Up button at the bottom of the window that pop ups. Select "Yes" and wait for the game to start tournament matchmaking!

Once you sign up, Tournament matchmaking will begin. This will take 4 minutes and 30 seconds. If you are still unsure, you can still opt out while this is happening.

If you did not opt out of matchmaking, a bracket will be revealed. You will see your team in the bracket. Use this time to ready up by selecting your preferred Operator, as well as discuss strategies with your teammate!

The Gunfight Tournament will consist of 8 rounds with 16 teams, a total of 32 players. You will be able to see both sides of the bracket in order to see who your potential opponents might be!

This tournament will be a single elimination tournament. Winning your gunfight match will have you advance through the bracket, while losing will send you straight back to the lobby!

Play As Many Times As You Want

If you get sent back to the lobby, fear not! You will be able to play the Gunfight Tournament as many times as you want! Just follow the steps listed above to join another tournament!

Ready Up Before the Fight

Before the match, you will be given time to change your operator skin. Use this opportunity to talk about your strategy with your teammate!

Listed above are the maps included in the gunfight tournament. Take time to learn each map's different features since each match will randomly pick from the list above.

Winning the gunfight tournament for the first time will reward you with XP and a higher-tier cosmetic reward. Winning the tournament again will net you more XP and a new Armory weapon, the Champion!

If you were able to complete as champion, you'll get a M4A1 blueprint with the following attachments: