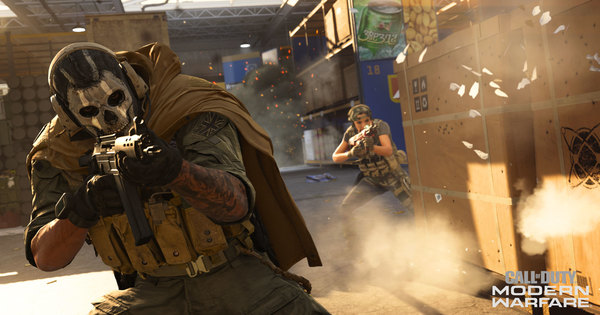 Warzone | Call of Duty Modern Warfare
Grau 5.56 Nerfed! How It Could Change The Meta

Today, we talk about Grau 5.56 Nerf in Call of Duty Modern Warfare & Warzone. We look at when the nerf came and how it affects the meta, as well as alternatives like M13, M4A1!!!

Grau 5.56, the favorite weapon of Warzone, has been announced to be nerfed in the latest Season 4 Reloaded (June 29) Patch. Players will need to adapt or change weapons.

The nerf on June 29th Patch sees a decreased range for the base weapon & often used attachment: Tempus 26.4 Archangel. Its recoil is also increased, making it no longer the laser weapon it used to be.

Why? Grau 5.56 Was Dominating Every Warzone Loadout

Grau 5.56 was dominating Warzone as the top AR for a while now due to its almost non-existent recoil and slim iron sights. Players use it frequently to pick people off at insane distances. Its accuracy however is so unmatched that no other weapons can really compete, so it is probable that Grau was nerfed to breath new life to the game, like the M4A1 a while back.

Grau 5.56 was originally popular for its unmatched almost non-existent recoil that's well suited for hosing down enemies across the wide Warzone mode. After a nerf however, that's no longer the case. We can expect players to shift away from Grau to other weapons, or see existing Grau users changing their Grau setup to handle the expected new recoil patterns.

Check out All Assault Rifles here!

Merc Foregrip May Now Be A Must

With the vertical recoil increase, Merc Foregrip may become a necessity after a nerf. It negates the vertical pull of the gun by a larger margin making it a must for Grau users to retain its previous accuracy if the new boost to recoil was too much to control.

Not Much Difference In Modern Warfare

Grau 5.56 was never a meta in the smaller maps of Modern Warfare multiplayer, so there's not much issue here. Grau 5.56 was just as viable or non-viable as before.

Check out All Multiplayer Modes here!

Staple of the low recoil rifles, M4A1 may once again rise to the top as the most used low-recoil fast firing weapon in Warzone. Its early unlocks and soft recoil can once again makes it the king of Warzone.

A close competition to the Grau, M13 may see a resurgence or downright replacement of Grau as the new leader of "laser weapons" in Warzone. It received no buffs or nerfs in the new patch. There is no reason not to grind this rifle's attachments now.

We found that the new CR-56 AMAX can have very little recoil with the right attachments, as well as having a sleek iron sights just like the Grau 5.56. It shoots slower but hits harder to make up with decent time to kill, so give it a try!