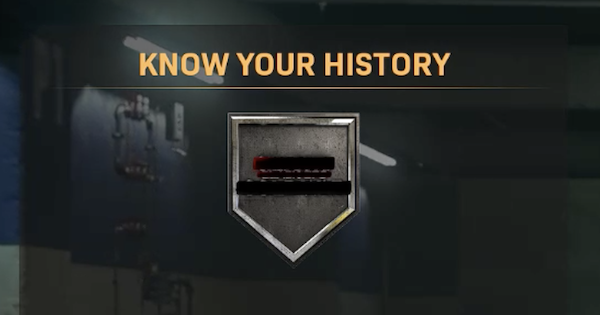 Read this to know more on the "Know Your History" Event in Call of Duty: Modern Warfare / Warzone! Know the meaning, rewards & blueprints, rules, & how to view the new COD trailer!!!

Know Your History is a time-limited event that players can partake in to view the trailer of the new COD Black Ops Cold War. It plays similarly to the usual Battle Royale game mode but with different rules and rewards. Players can also acquire an exclusive blueprint by completing all objectives in this event.

Players can join the event and do objectives without worrying about dying or restarting as you immediately respawn after you get killed.

It has been officially announced that the "Know Your History" event will be back a couple more times. Note that each event lasts for only 1 to 2 hours so take advantage of it and get the event-exclusive rewards!

In Know Your History, players must complete a set number of objectives in order to get event-exclusive rewards. Take your time in completing them as you immediately respawn no matter how many times you get killed.

For those who missed the event, you can view the trailer on Call of Duty's official Youtube channel.

What Is Know Your History Message & Glitch Screen?

A Graphical Glitch That Flickers Your Screen

It also shows the russian phrase "обречание её повторение" that can be roughly translated to "doomed to its repetition".

Clues like Bish You Were Here, Pawntakespawn and the Farmland Bunker provide more clues leading to mysteries. These new clues provide more evidence for the next COD's themes and setting.

How To Get The Screen Flicker Static Glitch

The triggers to display the "Know Your History" glitch's is currently unknown. However, it can be observed that the ones who reported this glitch were playing with teammates, and were out of combat when the glitched occurred.

Confirmed To Occur In Close Firefights

We were able to trigger a Know Your History Glitch while doing a close-quarters brawl in Warzone. While its a nice addition, it's also can be a bit scary when you're fighting for your life.