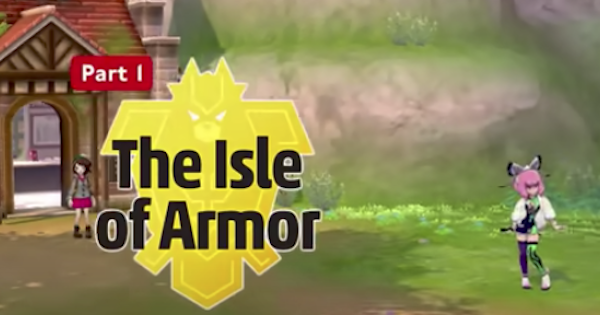 All You Need To Know About The Isle Of Armor

At Least Play Till You Reach Wild Area Station

Beating The Game Before DLC Is Recommended

It's likely that you can bring your own pokemon from the main story. Although you don't have to fully finish the game before playing DLC, finishing the main story before DLC is recommended.

Check Out Our Main Story Walkthrough Guide From Here

Max Soup Gives Your Pokemon The Ability To Gigantamax

Not All Pokemon Can Gigantamax

Note that not all Pokemon can Gigantamax by eating this soup. The Pokemon has to have gigantamax form in order to get this ability from the soup.

Prepare For The Restricted Sparring

Train Pokemon Of All Types

There will be new battle mode called Restricted Sparring. In this mode, you can only use certain type of Pokemon. Make sure you train all types of Pokemon beforehand so that you can beat this mode no matter which type comes.

Since there will be 100+ new Pokemon added, the meta of online PvP battle will likely change drastically. Check the new Pokemon from below and train the Pokemon which can counter them!

※ The following is just small selection of Pokemon we think will perform well in the current ranked meta. This is not a full list of DLC Pokemon!!!

Learn More About Upcoming New Pokemon From Our Meta Report