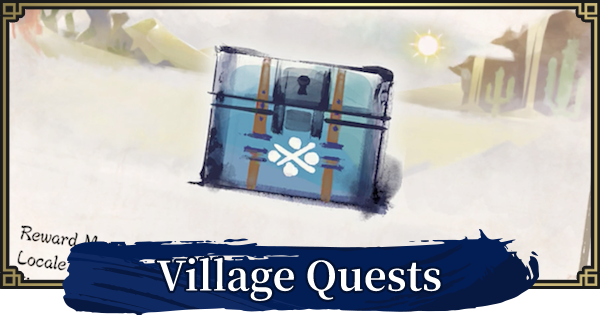 The Village Quests List in Monster Hunter Rise (MH Rise). Learn if you can do multiplayer or coop, village quests vs hub quests, are there high rank or 7 star quests, and rewards!!

What Are Village Quests?

Village Quests are the quests that move you smoothly through the storyline of the game. If you're a beginner, definitely start with Village Quests so you can familiarize yourself more with the game.

Village Quests move you through the storyline, are generally easier to clear, and are limited to solo play. Hub Quests are much more difficult, but because of this, you can hunt monsters via multiplayer or coop. Hub Quests are what help you raise your Hunter Rank (HR), so make sure to focus on Hub Quests if you want to level up!

Unfortunately, village quests are limited to solo play and therefore multiplayer or coop is impossible in MH Rise.

Check Out The Multiplayer & Co-op Guide

There are no high rank or 7 star quests for Village Quests. If you want to farm high level materials and items, challenge yourself to Hub Quests instead.

Learn How To Increase Hunter Rank