Welcome to Monster Hunter Rise's General Discussion Forum. Use this forum to exchange information with other MH Rise players all over the world! 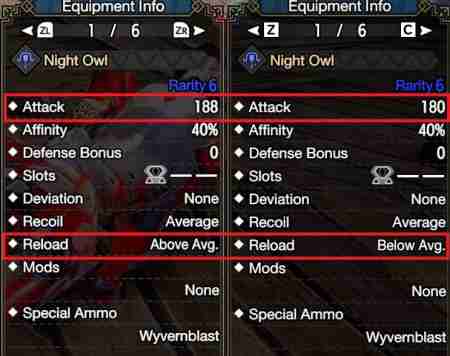 Something I use to hunt, I am working on getting a better talisman but for now this works great for me.

Been playing MH since ps days, just got rise and i noticed that you cant use spirit blade combo on LS while sheathed and you need to have your weapon out before you can do it... is this how rise is ported on the pc version, because it really mucks up combos and overall gameplay unless im missing an option or something.

Is the achievement "Gold Ecologist's Award " bugged?
I have a picture for every Endemic Life in the Hunter's Notes but im not getting the achievement.
I already retook pictures of everything but it did nothing. Any tips on how to solve this problem?

Having a problem: I can't seem to equip decorations even though I'm able to craft them. When I go to the item box there's no option to equip them anywhere. Was the button moved somewhere else in am update?

I had an interesting idea for a game crossover. I was looking online at an old Capcom game called 'Red Earth'. In it, there is a legendary dragon named Hauzer. I think this character would translate well into a monster hunter monster. They could also have an event with costumes from the playable characters, and new armor sets from defeating Hauzer.

>>6
I did. Greatsword feels like shit compare to previous games

>>6
I think so too. Especially when i fought teostra, after perform rage slash then i want to go power sheathe, it's always feels delay. Sometimes my rage combo failed too although i hold my X button. I don't know if my controller is lagging or game bugs, but i feel it after update.

>>4
Long Sword is not a good beginner weapon it requires good spacing and precision. Any weapon can be a starter weapon, but it's definitely not the best. Sword and Shield is still the best starter weapon, and even that weapon has a lot of nuances once you really start mastering it.

I need help, i have completed all the village quests and any quests that Fugan asks of, the last one was recruit 15 buddies, but im trying to get the Medium armour set i cannot find it to craft the armour, i have about 7 kumara tickets as well. I cant seem to find any guide what so ever. Any help would be great

i have a problem with Controls with GS weapon
i dont know if its a bug or other issue but, while we change controls to TYPE 2, we cant do a GS Plunging Thrust with the wirebug jump
every time im jump up and try to "R" button, nothing happens ???? i can do a jump charges but i cant do the Plunging

try it and answer me did u have the same BUG ?

>>13
You do not get more parts, it just makes the hunt easier so you can farm quicker

Is there a benefit to hunting online with others? Do you get more rewards or monster parts?

How do I unlock the Cat-aclysm set for the palico? I've got all the required materials but I can't see this set at the crafting NPC, same for the equivalent palamute set?

>>7
is there an auto translated message that says not to capture ?

Why there is no hr unlock badge in player list next to the name?