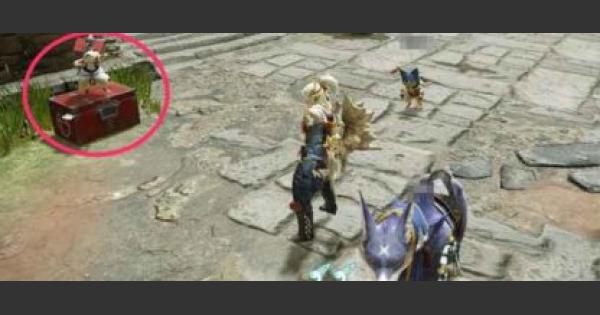 Multiplayer / Co-Op - How To Create A Lobby

How To Play Multiplayer

1. Talk To Senri The Mailman Palico

Senri the Mailman Palico can be found in the area across Hinoa in the Kamura Village. By talking to him, you will get the options to start a Co-Op Session.

2. Choose Between Online Or Local Multiplayer

You can then choose whether to create an online or a local lobby for players. Select online if you want to play with others through the internet or choose multiplayer for couch gaming.

3. Choose To Create Or Search For Lobby

You can then choose whether to host your own lobby or join someone else's. Note that if you're the host of a server, you can control which players can stay in your lobby and have the ability to kick any player out if you want.

To ensure that no other player joins your lobby if you're playing with friends, you can add a password to your lobby.

Make it easier for yourself to be found or to look for lobbies by using and sharing the Session ID. Session IDs are unique codes given to lobbies that will direct anyone that uses it to them.

If you are in the same room, you can easily play multiplayer by using local co-op instead of going online. There is no requirement to sign up for Nintendo Online, so you can play freely when playing with others in your close vicinity.

How To Join Request / SOS Flare

What Are Join Requests?

Join Requests are basically Monster Hunter Rise's version of the SOS Flare. If you turn it on, other players can join your game to help you out during the quest. This also needs a Nintendo Online Subscription to be able to use.

Only Available In Hub Quests

Since Village Quests are purely single player quests, Join Requests are not available for them. You can only use or respond to Join Requests for Hub Quests.

Join Request - How To Use & Respond Guide

Once you're on a Hub Quest, you can then call for a Join Request through the menu. All you have to do after is to wait for players to respond to your Join Request.

Respond Through The Quest Board

If you're looking to join other players, head on over to the Quest Board and select from the quests there with Join Requests. If the quest is still not full, you can simply choose it and head out.

Details have yet to be confirmed. The following information is based upon previous games.

One of the biggest differences between single player and multiplayer is the HP of the monsters. Given that the number of people who will fight will also increase, the HP of the monsters will increase in proportion. Since you will be fighting together as a group, there's no need to worry about whether you'll be able to fight well.

The Number of Supplies Increase

In multiplayer mode, the number of supplies will increase in proportion with the number of players. You are free to take as many as you wish, but make sure to be considerate of the other players as well.

In MH World and MH Iceborne, players were able to gather in multiplayer servers supporting up to 16 players at which they may join quests together. It is also possible to join as a single player, however, since the probability will lower, we recommend playing in multiplayer for these quests.

Multiple People Can Move Around The Base

There was a scene in the second preview that ran through Kamura Village showing multiple hunters. This means you can gather at the base where there are various shops to explore and make equipment with everyone. Note that hunters are limited to 4 people during a multiplayer session.

Bring The Palamute With You

Similarly, the second preview shows a 4-person party moving around using palamutes. This wasn't possible in previous games, but it looks like this time around you can utilize them as a means of transportation even while in multiplayer.

Check Out The Palamute Here!