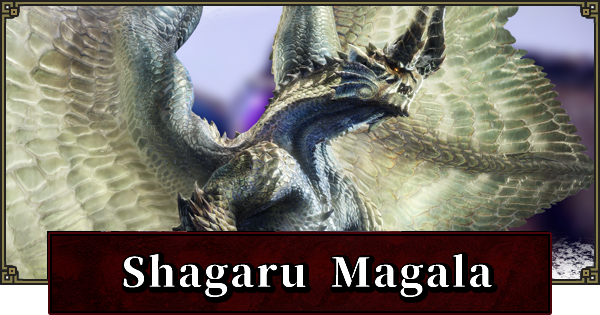 Shagaru Magala Is Back For The First Time Since Monster Hunter Generations Ultimate!

Shagaru Magala is an Elder Dragon species that first appeared in MH4. It has been back since Monster Hunter Generations Ultimate. Its true form is a mature version of Gore Magala, and its presence was foreseen when the choice to include Gore Magala was made.

Will It Be On The New Map?

In the video, the fighter was fighting Shagaru Magala in what looked like the ruins of a dilapidated castle. The monster had a deep relationship with the Sanctuary in earlier games since it was born in a place named Sanctuary and its desire was to return to there after growing up.

This is an attack that Shagaru Magala lashes out with a thick laser-like breath of energy that deals tremendous damage when it hits. It can be avoided by getting near Shagaru Magala and taking shelter under its feet or by moving farther away its range. However, the pace with which they may knock you off is really quick, so you must determine how to evade this attack immediately.

Probably a move from the trailer in which Shagaru Magala appeared to grab Barioth and slammed it down with a mighty swing. It would be easy to do this attack on hunters if Shagaru Magala can use this against large monsters. So be wary of its possible attacks.

This looks to be another offensive move of Shagaru Magala where it appears to be capable of raining down glowing orbs of meteorite-like energies in the trailer. Because these meteorites are descending from the sky, it is important to dodge it while keeping an eye out for Shagaru Magala's attack.